I made a Twine game about a recent leak of Nintendo internal protocol docs! You can play it on the itch.io page, or, I've also hosted it on this site if you just want the HTML document.

How Nintendo enforces its ownership of its IP is one of the most literal manifestations of the phrase "soft power," I think. Its reputation as a friendly, beloved company with many iconic characters (Mario and "our mouse" Pikachu, among others) have bolstered the reputation of Japan as a gaming and media powerhouse and made the country a glamorous destination for kids around the world. But for as "nice" as that is, there is also a definite power behind the facade that Nintendo hasn't been afraid to use against hackers, fan projects, archivists, and other initiatives that, in essence, emerge from and reinforce Nintendo's place in the public consciousness. They aren't afraid to use both "carrots" and "sticks" to maintain their position as essentially the king of Official Gaming Culture, as the document itself puts it.

This piece ended up being an interesting mirror of something I made earlier this year, a sort of speculative history of potential copyright reform. Both projects are dealing with my interest in IP law and copyright, and how in their current state they often inhibit culture and end up encouraging increased surveillance and overly-punitive "making an example of" random individuals.

Reading the document, I was also struck by how its structure was essentially like a CYOA or Twine game. This sort of agential, branching rule-based choice structure reoccurs a lot in corporate communications, whether in internal docs like these, or call scripts that get passed down to other workers, or even the hype around the "freedom" and "innovation" products that offer this sort of structure give to you, as a consumer. So of course, I had to see what I would find out making this connection literal.

Anyways it's also Boxing Day in the UK (what does this mean?) and I had a wonderful Christmas yesterday. My partner got me a HUGE anthology on Avant-Garde Museology which I am sure will fill me with tons of ideas, as well as some comics and a very indulgent minifigure of one of my favorite FGO girls. He was very appreciative of the ergonomic mouse, new coffee pot and collection of Junji Ito stories I got him, so I was glad I picked out some good stuff too. 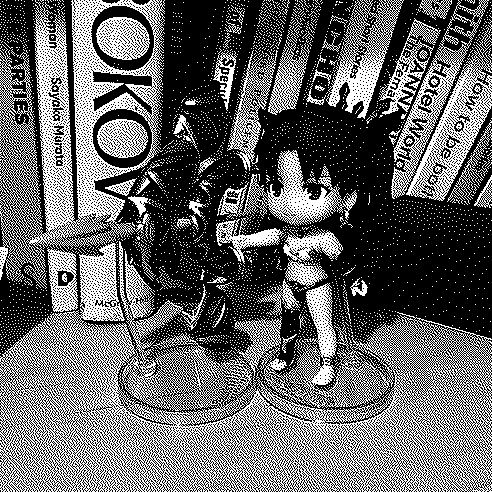 We also had our standard big holiday meal of ham, roast veggies, stuffing (though if it's stuffing that's not stuffed in anything, isn't it just a savory bread pudding?) hot mulled wine and a box of fancy chocolates. And then we drank MORE wine and watched Terminator 2. Stephen says this is an Irish thing bc one of the channels there always shows it on Christmas Day... this sounds made up to me but I am always happy to watch this one. I ALWAYS cry when Terminator learns self-sacrifice and destroys himself to protect John even though John orders him not to ;~;

I also participated in two Secret Santas this year!

For the Bitsy Secret Santa I made a game called "Space Loner Chronicle" for FreckledFemme, and got an amazing game called we should appreciate this little combination from Sean!

For the Grasshopper Manufacture Secret Santa I wrote some fluffy Mills/Garcian for Marty... which is, let's face it, an EXQUISITE rarepair, and got some lovely fanart of my favorite highly underrated The Silver Case character from Venom.

That's all from me for now! Hope everyone is having a great holiday.